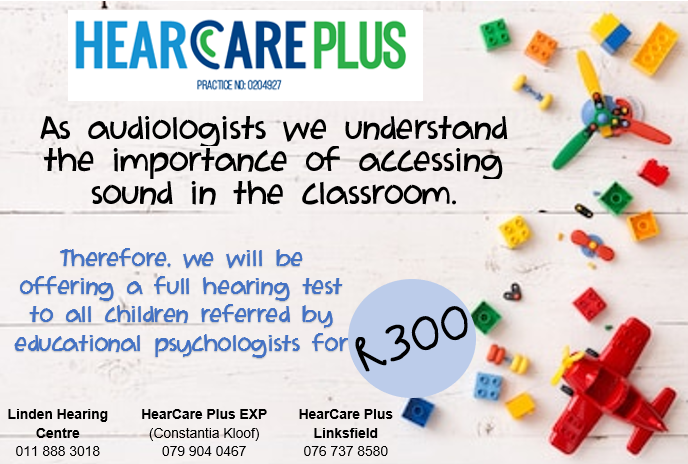 According to the World Health Organisation approximately 466 million people have a hearing loss that is considered disabling. Of the 466 million, 34 million are children. In 2009 it was recorded that between 4 to 6 of every 1000 babies born within the public sector in South Africa will have a hearing impairment.

While we do not know exactly how these statistics have changed today, we do know that an undiagnosed hearing loss– even a mild hearing loss- decreases a child’s academic performance at school. In addition, this hearing loss causes a multitude of socio-emotional difficulties.

A child with a hearing loss in the classroom will :

These symptoms may initially look like a learning problem such as ADHD. Annual hearing screenings for all learners and full hearing tests for individuals struggling in their academic performance is therefore essential. These assessments not only prevent a misdiagnosis, but they allow for the appropriate intervention to improve school success and ultimately a learner’s individual growth and happiness. 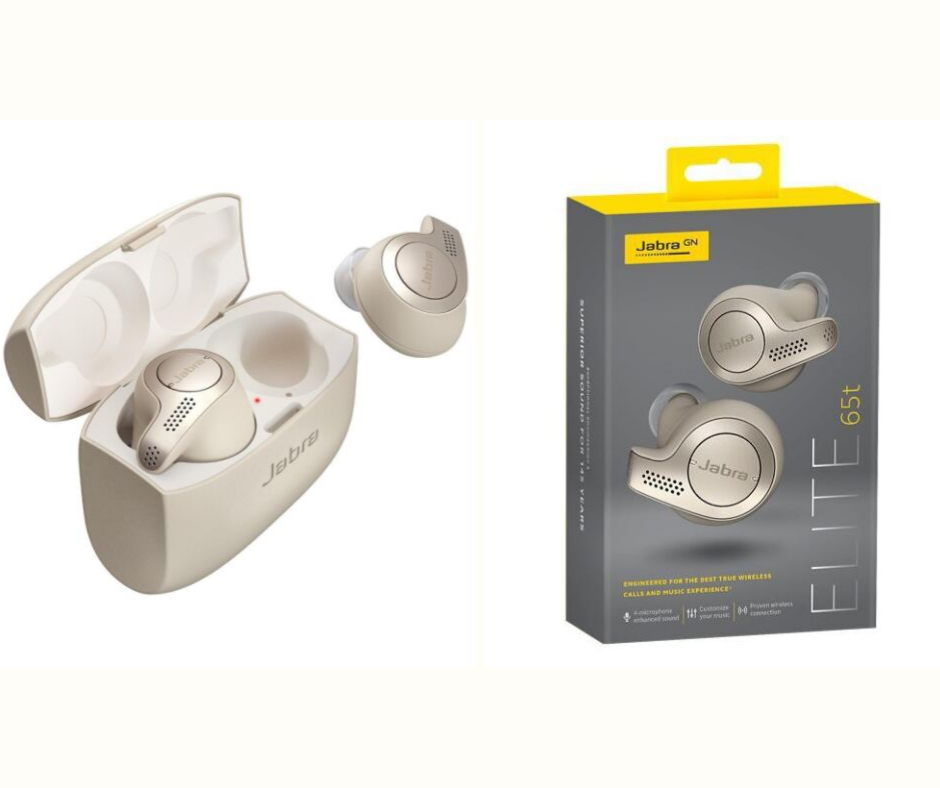 HearCare Plus August Give Away

Hearcare Plus are giving away a set of Jabra Elite 65t wireless earbuds (Gold/Beige) to one lucky winner!

Jabra Elite 65t are third generation true wireless earbuds from a company with a history of excellent true wireless connectivity! With these, you can take calls and listen to music wirelessly, with pristine audio quality, never worrying about audio dropouts. Up to 5 hours of battery, and with the included pocket-friendly charging case, you can enjoy up to 15 hours of use – so you can listen all day long.

2. TAG 3 FRIENDS in the comments of the ORIGINAL post who you think would love this prize. Each comment of 3 tags counts as an entry.

Competition ends 29th of August at 1pm, the winner will be randomly drawn at 3pm the same day. Recent research adds to a growing body of knowledge that links hearing loss with cognitive decline, which is a hallmark of dementia and often precedes the disease.

After analyzing 8 years of data from a health study of more than 10,000 men, scientists at Brigham and Women’s Hospital and Harvard Medical School, both in Boston, MA, found that hearing loss is tied to an appreciably higher risk of subjective cognitive decline. In addition, the analysis revealed that the size of the risk went up in line with the severity of hearing loss.

The risk of subjective cognitive decline was 30 percent higher among men with mild hearing loss, compared with those with no hearing loss.

For men with moderate or severe hearing loss, the risk of subjective cognitive decline was between 42 and 54 percent higher.

Subjective cognitive decline refers to changes in memory and thinking that people notice in themselves. Such changes can be an early indication of cognitive decline that objective performance tests do not pick up on.

“Our findings,” says lead study author Dr. Sharon Curhan, who works as a physician and epidemiologist, “show that hearing loss is associated with new onset of subjective cognitive concerns which may be indicative of early-stage changes in cognition.” They could also “help identify individuals at greater risk of cognitive decline,” she adds.

The World Health Organization (WHO) have identified dementia as a public health priority that requires more research, especially into causes and modifiable risk factors.

Today, there are around 50 million people living with dementia worldwide, and this figure is set to rise to 75 million by 2030. There are currently no effective treatments that prevent or reverse the course of the disease. However, early diagnosis can do much to improve the quality of life for people with dementia and those who care for them. Identifying early decline in memory and thinking capacity could also help develop treatments that are more effective than those that target later stages of dementia, note the authors.

In the United States, a national survey has estimated that around 23 percent of those aged 12 or older have some level of hearing loss. The majority of individuals affected have mild hearing loss. However, in those aged 80 or older, moderate loss is more common than mild loss.

The Audiologists at HEARCARE PLUS will walk the extra mile to ensure that our patients are properly diagnosed, treated with care and compassion and satisfied with our services.

Because of this we have created a blog page where we will update relevant articles, news and promotional offers.